We love cheese here at DFB, so we love to check out all of the latest cheesy food options at Disney World. 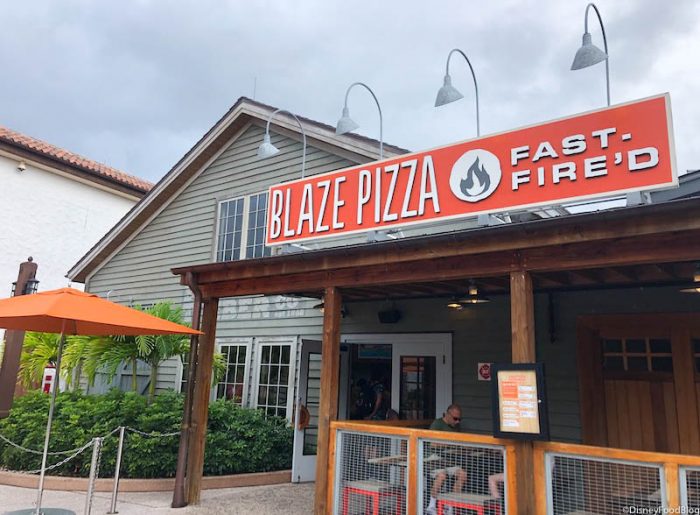 Blaze Fast-Fire’d Pizza in Disney Springs just came out with some NEW pesto cheesy garlic bread that might have you craving a pizza night sooner rather than later!

END_OF_DOCUMENT_TOKEN_TO_BE_REPLACED

This Spanish-inspired spot is loaded with style, views, and thoughtful bites and beverages. You can click HERE for a FULL PHOTO TOUR of this exquisite space, and now we’re back with a FULL REVIEW. This was a LONG dining experience, so settle in for some fun!

END_OF_DOCUMENT_TOKEN_TO_BE_REPLACED

In the pantheon of inspired restaurants at Walt Disney World, Jiko — The Cooking Place has been at the top and at the bottom for me over the past few years. I’ve had excellent meals there, and I’ve had ho-hum meals there. So let’s see how this one turns out!

This Signature table service spot is located on the lower level of Animal Kingdom Lodge, across from Boma, the resort’s popular African- and Indian-inspired buffet. (Incidentally, if you’re looking for AKL’s quick service restaurant, The Mara, you’ll also access that through the lower level, too.)

Jiko has been a guest favorite for years. The menu is a celebration of the many and varied food traditions of the African continent, employing high-end ingredients and traditional African components to create a unique (in Disney World anyway) dining experience for guests.

And while Jiko’s menu features a selection of meat dishes (you’ll see several examples below), vegan and vegetarian diners may be offered a variety of choices on a separate menu, so be sure to ask. END_OF_DOCUMENT_TOKEN_TO_BE_REPLACED

One of our favorite places to relax and enjoy a few quiet and cool moments is Nomad Lounge in Animal Kingdom. We recently stopped there and enjoyed the apps and drinks. This week we noticed the menu has seen some updates yet again. When we were in Hollywood Studios last week we told you about a recent newcomer to the ABC Commissary menu, the Southwestern Steak Fries. Well, we went home and couldn’t stop thinking about those fries, so we were back at the ABC Commissary this week to give these a try! Why couldn’t we stop thinking of these? They are fries are tossed in chipotle lime seasoning and topped with chili lime mayo and queso fresco — sounds amazing! END_OF_DOCUMENT_TOKEN_TO_BE_REPLACED

There’s a lot to explore — and a lot to love — at Animal Kingdom.

First, of course, is an entire new land, Pandora, and its new quick service restaurant Satu’li Canteen. And there’s Pongu Pongu, where you can snag fun and colorful drinks to sip on while you wait seventeen hours to ride Flight of Passage.

But before Pandora welcomed the masses to a whole new world this past May, the new kids on the block were Tiffins, the park’s first Signature Restaurant known for its creative dishes and incredible theming, and its next door neighbor, Nomad Lounge.

Nomad Lounge quickly became a guest — and DFB! — favorite, from our very first visit due to the peaceful, travel-inspired atmosphere and creative drinks. But Nomad Lounge also serves up small bites alongside beverages like the Leaping Lizard and Hightower Rocks. And the food offerings simply didn’t wow us the way the beverages did in the early days.

But when we heard of a recent addition to the menu — namely, House-Smoked Kobe-Style Brisket Poutine — we knew without a doubt that it was time to grab another bite at Nomad Lounge!

Nomad Lounge is as much a destination for exploration as it is a destination for refreshments. For starters, the decor is designed to evoke stories of travel and includes fantastic banners that celebrate journeys taken by the WDW Animal Kingdom Imagineers themselves. Once you look down, you’ll discover some suuuuuper comfy seating located both inside and outside the lounge. END_OF_DOCUMENT_TOKEN_TO_BE_REPLACED

I always look forward to our Walt Disney World visits; and I look forward to the food! One of our ‘go-to’ Epcot restaurants is Via Napoli Pizzeria E Ristorante, or better known as ‘Via Napoli’.

One of the problems with dining here is that we have to walk almost to the very back of Epcot to get to Italy. But that only heightens the anticipation! Via Napoli - almost there! Although we had to change our reservation to a more convenient time, we were given a good table close to the pizza station. While we waited, we took in the décor! We enjoyed our seats under the watchful eyes of Stromboli, Vesuvio, and Etna. The three pizza ovens are named after active volcanoes in Italy; Stromboli on the Aeolian Islands, Vesuvius near Naples, and Mount Etna in Sicily. Being Watched By Stromboli, Vesuvio, and Etna.

It was equally interesting to watch the chefs prepare and cook pizzas. They look like they enjoy their jobs and perform them with military precision.

Arancini means ‘little oranges’, which is exactly what these round/oval, deep-fried rice croquettes look like when they are removed from the hot oil.

They are served as snack food in bars and cafes all over Sicily, and their filling can vary — meat and tomato sauce with peas, chopped vegetables and white sauce-cheese, and prosciutto — depending on the cook. We were served by Luca, who came to Epcot via Turin, Italy. Luca agreed, “Good choice!”, and placed the order for the Arancini. I also ordered a glass of Batasiolo Chardonnay.

If I planned on more that one glass, Luca suggested the quartino. Good idea! I enjoy a nice Chardonnay, but by no means consider myself a wine connoisseur. I drink what I like whether or not it is appropriately paired. It went well with my meal. Finally, after what seemed like hours, (but was, in fact only ten minutes!), Luca delivered END_OF_DOCUMENT_TOKEN_TO_BE_REPLACED We’re having fun discovering foodie specials during our visit to Disney World! Yesterday, Epcot was a sea of green as guests celebrated St. Patrick’s Day with green beer and green-tinted Grey Goose Slushies!

But there’s lots more Disney Food News to tell you about! But first — have you listened to our new DFB Podcast, yet? We’d love to hear your feedback on our first ever Podcast all about Disney Food!

Get your copy today!

Travel Blogs on Huffington Post shares a slideshow of some new dishes on the Disney Fantasy!

Gastropodtravels reviews Remy aboard the Disney Dream. Take a look at that cheese trolley!

Main Street Gazette stops by the Cookes of Dublin in Downtown Disney.

WESH.com shares dining tips to beat the crowds at Walt Disney World. Oh, yes, those tips are courtesy of yours truly!

I had a great meal at Portobello Trattoria in Disney World’s Downtown Disney yesterday, and heard about a yummy new app that will be available for the “next seven days” in celebration of national noodle month: Mushroom Ravioli in a Parmesan Cream Sauce.

I even snagged a dish to try so that I could review it for the blog! (I promise I don’t usually order three appetizers — just an FYI for when you see the review of this lunch in a few weeks!) The fresh ravioli will be an appetizer portion (which was four large raviolis), and is stuffed with chunks of Portobello, Cremini, and Shiitake mushrooms. The whole thing is covered in an uber-rich, thick Parmesan cream sauce and topped with fried mushrooms! The ravioli tastes fresh and light, and the chunks of mushroom are END_OF_DOCUMENT_TOKEN_TO_BE_REPLACED

Aloha to guest author Anderson Dun! A native of Hawai’i currently living in Arizona, he brings us a delicious review of ‘Ama ‘Ama at Disney’s Aulani Resort in Hawai’i. Let’s hear it from an expert!

While I didn’t have a chance to stay there, I just knew that I had to visit the Disney resort and have a meal there during my trip home to Hawai’i. I thought about eating at Makahiki buffet, but after reading some good reviews of lunch at ‘Ama ‘Ama, I decided to try it out. Pre-Lunch Visit to Off the Hook Pool Bar

When we first arrived at 11:10 AM, my mom and I were told that they were closed and didn’t have any openings until 12:45 PM. I was a bit surprised, but we took the time to wander about the resort.

The first thing we did was head next door to the Off the Hook Pool Bar. The pool bar is right next to the restaurant and offers food and drinks, but of course, we were END_OF_DOCUMENT_TOKEN_TO_BE_REPLACED