Around the holidays, there are TONS of new snacks and treats throughout Walt Disney World. And this year, Disney Springs has been serving up quite a few special offerings. 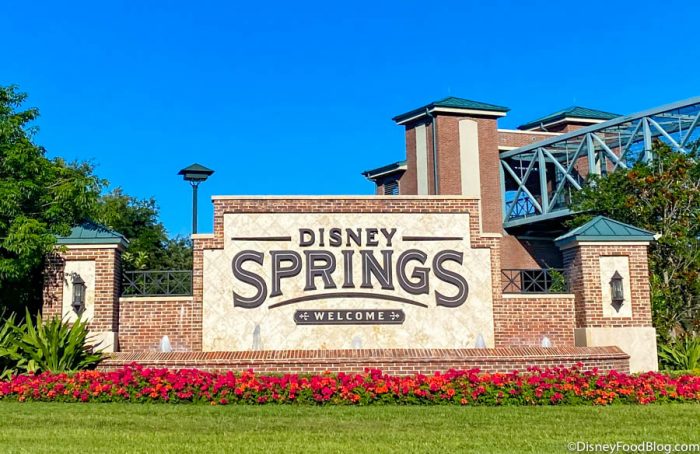 We’ve found desserts like the Red Velvet Yule Log and even an Eggnog Crepe, and now there’s a holiday dessert coming out just in time for Three Kings Day (on January 6th)!

END_OF_DOCUMENT_TOKEN_TO_BE_REPLACED

We are excited to be back at Jaleo by Chef José Andrés in Disney Springs! This new signature restaurant showcasing Chef Andrés’ traditional and contemporary Spanish cuisine began its soft-opening phase last Sunday. (You can check out our first review — including a full tour of the restaurant — by clicking here!) END_OF_DOCUMENT_TOKEN_TO_BE_REPLACED

Earlier today, it was announced that Jaleo by Chef José Andrés — along with its Counter Service component, Pepe — will open in Disney Springs this coming Sunday, March 17th. In its opening phase, the West Side restaurant will be serving dinner. Pepe will be open for both lunch and dinner, and lunch service will begin inside the main restaurant later this month.

Now that we’ve talked logistics, let’s talk FOOD! The menu will showcase the traditional and contemporary Spanish cuisine that Chef Andrés is known for at his four other U.S. Jaleo locations. (The Disney Springs location will be his first in Florida, as well as the largest Jaleo.) END_OF_DOCUMENT_TOKEN_TO_BE_REPLACED Also, check out all the details on the 2019 Epcot Festival of the Arts, including FULL menus!

END_OF_DOCUMENT_TOKEN_TO_BE_REPLACED

Are you — like us! — among those who are really excited for Jaleo by Chef José Andrés to open in Disney Springs? Well, we still don’t have an opening date for the new location; however, a visit to the Jaleo website now results in a look at the menu full of the Chef’s famous Spanish cuisine! END_OF_DOCUMENT_TOKEN_TO_BE_REPLACED