Earlier this year, Disneyland announced that it would be discontinuing its Annual Passholder program. 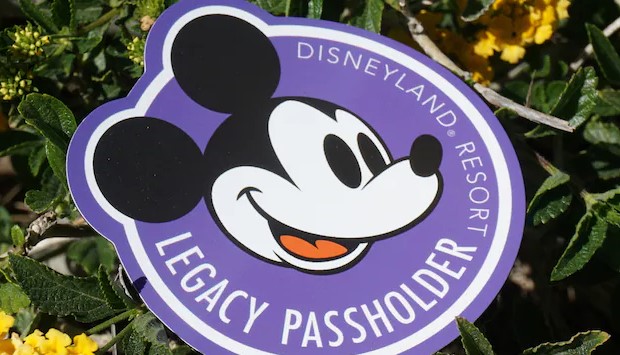 The OC Register also notes that the Legacy Passholder discounts will continue until Disneyland announces a new membership offering.

The digital discount ticket will automatically appear in the Disneyland app for Legacy Passholders who had linked their annual passes to the app. If you have not linked your pass to the app, you’ll receive instructions on the process.

We received an email about the new discount app feature today. It specifies how this new feature in the app will be the new way to validate and process your discount. Keep in mind that starting tomorrow, Legacy Passholders will need to show the new digital discount ticket, their Annual Passport, and a valid photo ID. 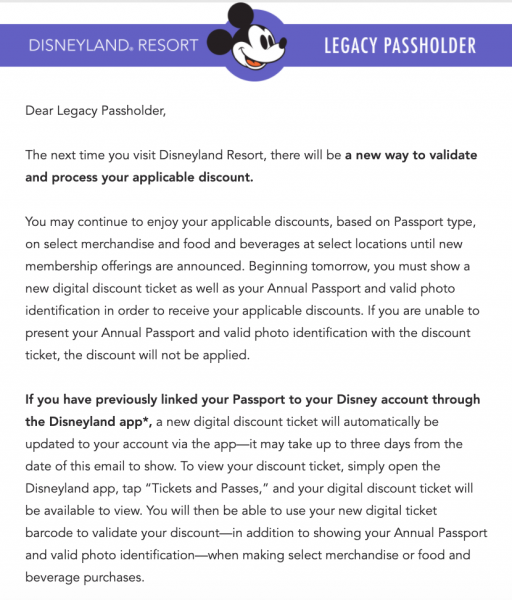 For now, the discounts for Legacy Passholders will expire on April 30th, but that expiration date will be automatically extended until new membership offerings are announced. 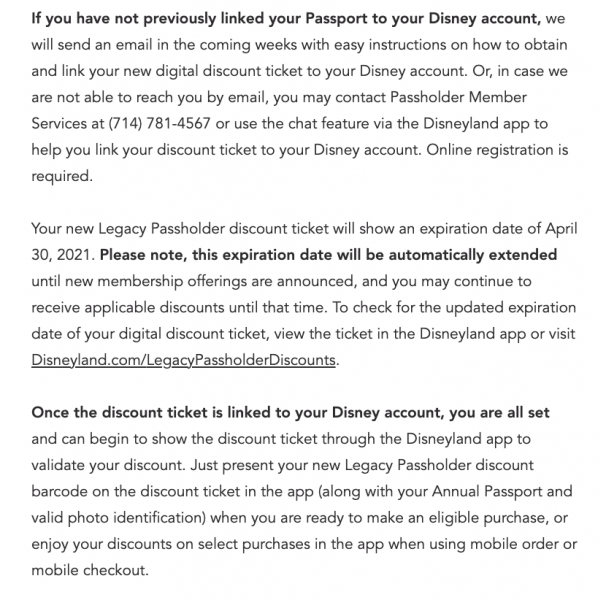 Again, the email indicates that you should link your digital discount ticket prior to your next visit to Disneyland Resort. 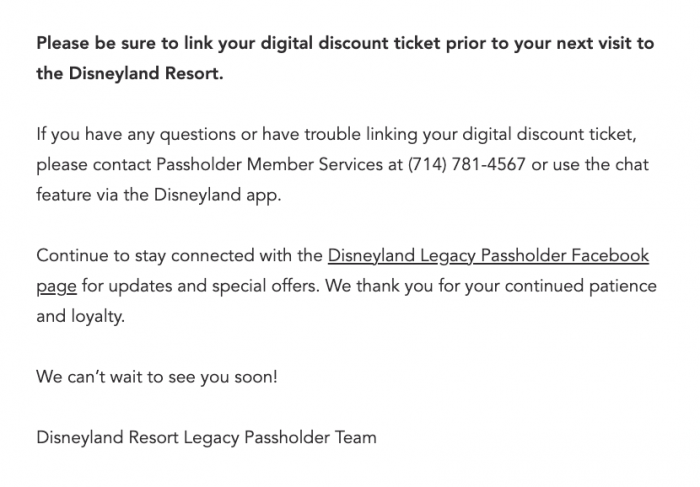 When will Disneyland announce its new membership program? We’re not sure, but we are on the lookout for more updates.

Click here to see what you need to know about the new Disneyland Passholder program!

Disneyland’s theme parks have now been closed for over a year. But, Disneyland’s Downtown Disney District has reopened. Buena Vista Street also reopened as an extension of Downtown Disney, but it is currently closed. Disney California Adventure Park (including Buena Vista Street) will soon be open for guests to enjoy through a special ticketed event called A Touch of Disney. 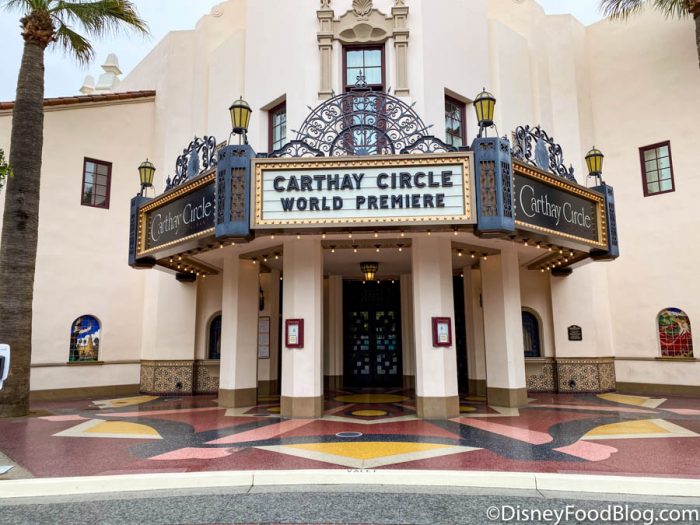 We’re on the lookout for more updates from Disneyland and we’ll let you know as soon as we find any other information.

Are you a Disneyland Legacy Passholder? Let us know in the comments.

« PHOTOS: Social Distancing Markers Have Been Added Outside of Disneyland!
Review: EPCOT’s Mixing Up Peach Liquor and Strawberry MILK…and We’re Not Mad About It »