STOP what you’re doing right now and read this post if you want to eat delicious food on your Disney World trip. 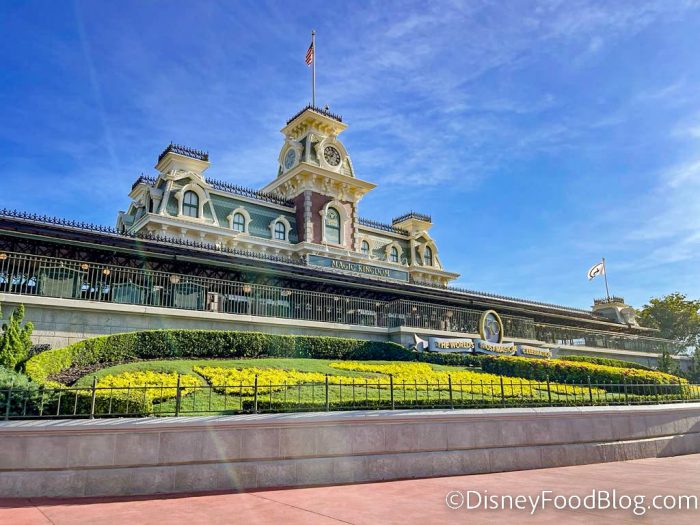 2023 is a big year for Disney World, with new attractions opening, changes happening at the resorts, and so much more. With things like Genie+, Disney Park Passes, and the My Disney Experience app, it seems that there’s a lot of pre-trip research that’s necessary to planning the perfect vacation. But today, we’re helping you out with one big step — your dining! If you’re on the hunt for the BEST restaurants to try at Disney World in 2022…we’ve got your list.

END_OF_DOCUMENT_TOKEN_TO_BE_REPLACED

Disney Springs in Disney World is home to more than 60 places to eat, many of which have world-class dining options available, so it takes a LOT for a restaurant to stand out here. But one location that definitely has a spot near the top of our must-try list is Chef Art Smith’s Homecomin’ Kitchen. 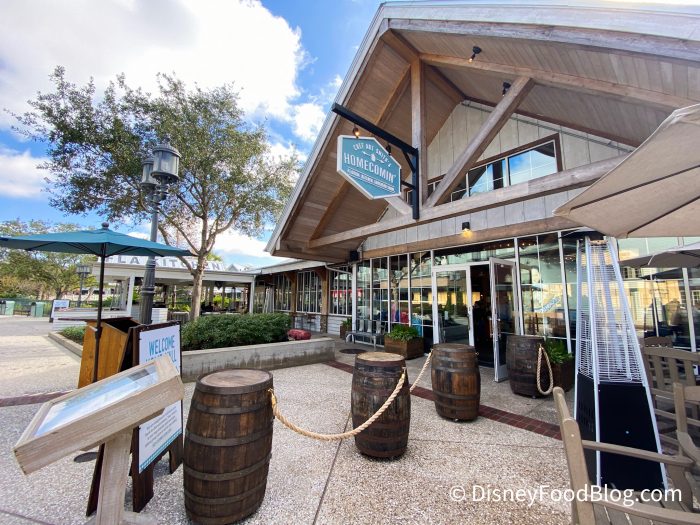 From Thigh High Chicken Biscuits to decadent Mac and Cheese to their signature Hummingbird Cake, we’ve very rarely been disappointed by any of the food at this spot. As if we needed a reason to visit Chef Art Smith’s again soon, the restaurant just announced 8 NEW menu items that are available now! END_OF_DOCUMENT_TOKEN_TO_BE_REPLACED

Today is THE day! The DFB Guide to Walt Disney World Dining 2019 e-book is HERE, and we’re so excited! To celebrate the launch of the 2019 edition of our most popular guide, you can save 25% off the cover price with promo code WDW2019!

Get your copy of the fully-updated DFB Guide to Walt Disney World Dining 2019 now! Use promo code WDW2019 to get 25% off the cover price!

END_OF_DOCUMENT_TOKEN_TO_BE_REPLACED

Have you ever wished that with the push of a button you could figure out the PERFECT dining spots for your next Disney vacation?

Well, guess what? We’ve got you covered with the Disney Food Blog Restaurant Search Tool!

We LURVE Dining at Disney World, and we know that you do, too! But – wow! – with SOOOO many choices of where to eat, how in the World (ha!) do you narrow it down and make a decision?

We have taken 18 important Disney Dining search criteria and created a tool that will give you selections for the perfect Disney dining experience. And once you’ve narrowed down your restaurants, you can check out reviews, menus, and expert tips for each of them! Let’s take a look at how it works… It’s incredibly easy (and actually pretty fun!) to use this tool.

You have 18 choices, so you can be as specific or as general as you

END_OF_DOCUMENT_TOKEN_TO_BE_REPLACED

Everyday we receive lots of mail from you, our awesome DFB readers, asking for restaurant suggestions and recommendations. And while we certainly have our favorites, we know that you do, too! So when a Disney first-time visitor recently asked what restaurants we would recommend for their upcoming trip, we couldn’t think of a better panel of experts to ask than YOU!

When I put the question out on the Disney Food Blog Facebook page, I was overwhelmed by the huge and immediate response that I got!

Let’s take a look at your recommendations for the restaurants first timers must experience on that inaugural Walt Disney World trip!

If you have other thoughts or ideas — or, better yet, stories of your favorite restaurants during a first-time visit — please share them with all of us in the comments section! More suggestions are always better!

END_OF_DOCUMENT_TOKEN_TO_BE_REPLACED Covering 360 restaurants, 75 nightspots, shops, and more, the Zagat results are based on the opinions of 5,614 local consumers.

And, not surprisingly, several Walt Disney World venues made the top lists in many of the categories, from Top 10 Restaurants in Orlando to Best Decor to Winning Nightspot!

Clocking in at an impressive second place in the Top 10 Restaurants in Orlando category, Victoria & Albert’s at the Grand Floridian takes the honors.

This elegant restaurant is also voted as best romantic venue. And Jiko at the Animal Kingdom Lodge receives accolades placing 8th in the Top 10 Category! Seating by the Window at Jiko

These restaurants are also highlighted in the “Best Food” and “Best Wine List” categories! One of our favorite Downtown Disney restaurants, Paradiso 37, made the list in this category! Nobody ever talks enough about pie, right? Raise your hand if you’re with me. So recently, we asked for your favorite pies at Disney World and Disneyland, and we received some awesome recommendations!

DFB readers and Facebook Friends shared their suggestions for this yummy dessert via the Disney Food Blog Facebook page. Now let’s get into those pies! The kinds of pie with the greatest shout-outs from our facebook fans were Key Lime, Mango, and Blueberry. Let’s grab a slice…

Our readers suggest stopping by Sunshine Seasons or Olivia’s Cafe at the Old Key West resort for their Key Lime desserts.

At Olivia’s, the Key Lime Tart is very popular due to the thick graham cracker crust (that goes all the way up the sides of the dessert!), sweet and tart key lime filling, and a sweet and light meringue topping. Facebook fan Crystal N. highly recommends this tart (and so do I!!!)! Key Lime Tart on the Inside

Allan T., Chris D., and Susan H. are among our readers praising the Key Lime Pie at END_OF_DOCUMENT_TOKEN_TO_BE_REPLACED Around here, we believe there’s no better restaurant recommendation than the one we get from another Disney fan. So, in our quest to provide the very best information about Disney restaurants, we created the DFB Choice Awards in 2010!

These awards are bestowed upon Disney-area food and restaurants based on nominations and votes from Disney Food Blog readers. Here’s the timeline:

To participate, nominate one contender for each category in this survey (contenders can be from ANY Disney-related park or resort around the world unless otherwise specified); the top nominations from each category will be entered into our voting round, which begins on December 21, 2010! See you then!

Click Here to Nominate Your Favorites for a 2011 DFB Choice Award!

More Disney Food News than you can shake a stick at this week, folks. Here’s our weekly news round-up to start off: Whew! Are you all news-ed up? Me, too. Now on to the Disney Food stories of the week from around the web. Sit back, relax, and enjoy…

Parkeology has a very cool look at an outdoor cafe in Epcot’s France, which isn’t quite as outdoor as it used to be…

The DVC Life hashes out the fair/unfair conundrum regarding DVC members and free dining.

Kati’s Kupcakes showcases her newest Disney-themed sweet treat: Princess Cupcakes. But if Tinkerbell is your favorite, check out…

Disney Everyday, where you’ll find the creation of a Tinkerbell cake and cupcakes!