Happy Holidays from Disney World! We’ve been enjoying all the wonderful holiday decorations at the parks, including the gorgeous decor at Disney’s Hollywood Studios! 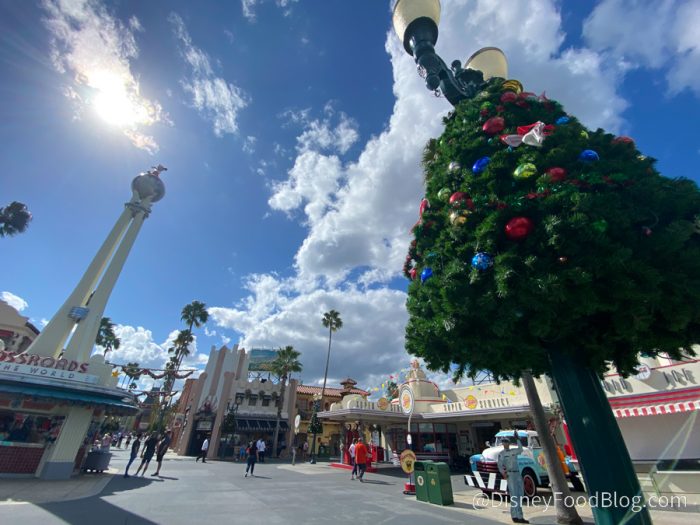 And while sporting our Christmas spirit jerseys and Holiday Minnie ears, we’ve also been checking out all the great holiday snacks. And, as of today, that includes the Holiday Whoopie Pie in Disney’s Hollywood Studios!

END_OF_DOCUMENT_TOKEN_TO_BE_REPLACED

We and Halloween treats are simply meant to be! 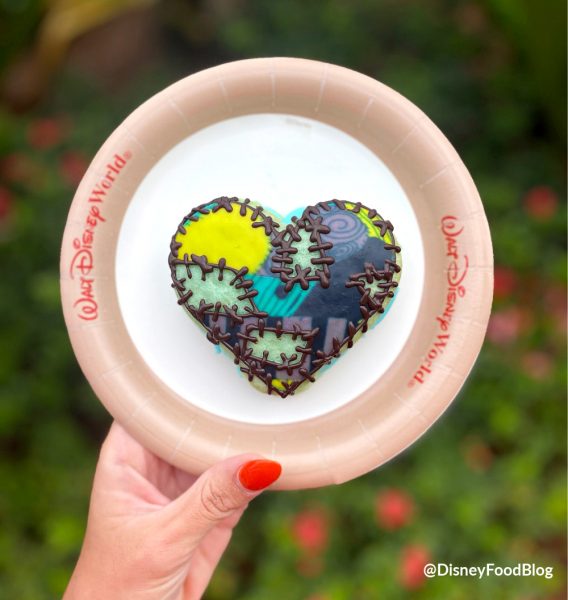 In fact, we recently heard about even MORE Halloween treats coming to the Disney World Resort hotels, and so you know that we had to check them out for ourselves!!

END_OF_DOCUMENT_TOKEN_TO_BE_REPLACED

Look who we found! Mickey Mouse is the center of attention right now, even more so than usual, for his 90th birthday year. And everything seems to be taking the form of the main mouse these days!

Over at Pop Century’s Everything Pop, we spotted him (and his bae, Minnie) as a whoopie pie! END_OF_DOCUMENT_TOKEN_TO_BE_REPLACED

in Disney California Adventure is the next stop on our Halloween Time Food Tour of all Disneyland is serving up this Halloween Time. If you have a sweet tooth this is the Halloween Time stop for you. Schmoozies is serving up a Croissant Donut, Caramel Apple Smoothie, and Whoopie Pie. And yes, we got all three of them!

END_OF_DOCUMENT_TOKEN_TO_BE_REPLACED

Hollywood Studios is kind of the forgotten park right now in Disney World. So much construction. So many shuttered restaurants. So is it still even worth it to go? YEP! And when you DO go, we’ve got the list of what you need to be eating! Check out today’s DFB Video for the things you MUST eat when you visit Hollywood Studios! There’s a lot to eat in the studios still, but some of it is just not worth the cost or the calories. Stick with our tips and you can rest assured you’ll be eating the best of the best.

END_OF_DOCUMENT_TOKEN_TO_BE_REPLACED Four different varieties of Whoopie Pies have just about taken over a whole shelf of the bakery case. END_OF_DOCUMENT_TOKEN_TO_BE_REPLACED Now, you may recall that we were JUST at Everything Pop, checking out the new selection of Mini Tarts. Well, on my recon mission to find out what happen to the King Cupcake, I saw that they had also added the same Whoopie Pies that recently debuted at the Art of Animation’s Landscape of Flavors. END_OF_DOCUMENT_TOKEN_TO_BE_REPLACED After you’re done with your signature scavenger hunt, just continue through the merchandise shop to find Landscape of Flavors. END_OF_DOCUMENT_TOKEN_TO_BE_REPLACED

The Disney Holiday season is in full effect at the Disneyland Resort!  I love that the Jolly Holiday Bakery Cafe is always introducing us to new seasonal items.

In fact, because I never know what I’ll find, I’ve make it a point to check in on nearly every visit to Disneyland! On my last trip there were a handful of new items that are special for the Disney holiday season.  Also in the bakery cases were some returning favorites.

The popular Santa Mickey Candy Cane Cupcake is back.

The cupcake is chocolate, topped with a mound of red & green “sure to stain your teeth” frosting, and finished off with a candy cane. I’ve actually never tried one of these because 1) I’m not a huge chocolate fan and 2) it looks way too messy for me to deal with in public! There are also Snowman shaped END_OF_DOCUMENT_TOKEN_TO_BE_REPLACED

You know we like to follow the Disney food trends here on Disney Food Blog, and one that we’re noticing more and more are the “dessert sandwiches” that keep popping up.

Of course, Disney has seemingly always offered the beloved Carrot Cake Cookie and Mickey Ice Cream Sandwich, and now there are a few more options. Let’s take a look at some old and new favorites!

Whoopie pies (cake-like cookie sandwiches with frosting or whipped cream in the middle — borne out of the Northeastern United States) are a huge trend nationwide; and over at Sunshine Seasons in The Land, they’ve introduced a red velvet whoopie pie with your favorite mouse right on top!

The frosting inside is buttercream, not cream cheese, but we’re pretty happy with it either way! Decked out in chocolate chips, this is a great one to try while you’re waiting for your Soarin’ fastpass to open up!

And at the Boardwalk Resort, Flying Fish Cafe offers a Trio of Concessions Sweets aptly named “Out on the Boardwalk”. A highlight of this dish is the Peanut Butter-Chocolate-Marshmallow “Moon Pie”. in Disney’s Hollywood Studios is home to the Carrot Cake Cookie, another whoopie-pie like menu item featuring two soft, cake-like cookies with delectable cream cheese frosting sandwiched in between. These days, you can also find these goodies at END_OF_DOCUMENT_TOKEN_TO_BE_REPLACED