You know those great boozy drinks that don’t even taste like alcohol? 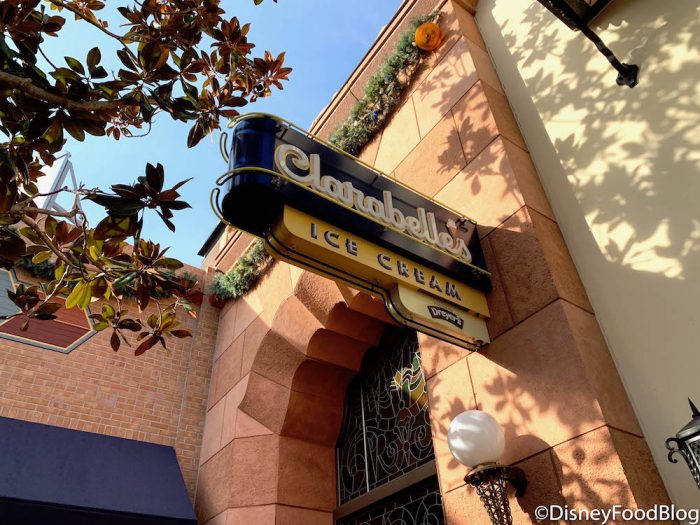 Well, we’ve got a treat for you, friends! Disney California Adventure is giving us MAJOR nostalgia with the newest alcoholic drink coming to the park!

END_OF_DOCUMENT_TOKEN_TO_BE_REPLACED 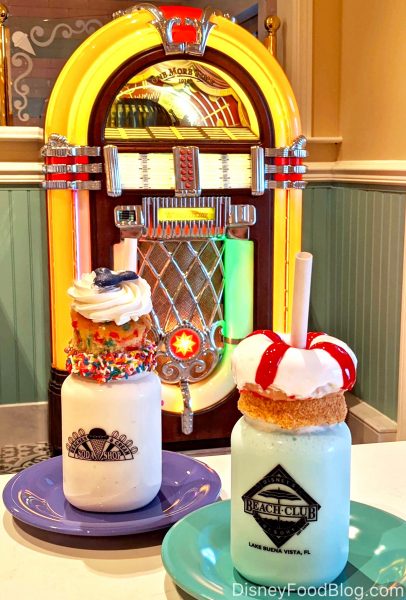 END_OF_DOCUMENT_TOKEN_TO_BE_REPLACED

is a VERRRRY seasonal quick service spot uniquely located on Tom Sawyer Island at Walt Disney World. Finding this fun, casual restaurant open is a bit of challenge, but when you do, it’s a terrific place to grab a quick bite — particularly when the weather is amenable to outdoor dining on the front porch! And for a short time this month, Aunt Polly is welcoming diners! The restaurant will be open from March 9-16 between 11AM-3PM and serving up some simple quick service eats! Becky’s Buttery Biscuit BBQ Sliders are back (Click here to read our review of Aunt Polly’s Biscuit BBQ Pork Sliders!), and we love the quaintness of the Peanut Butter and Raspberry Preserve Sandwich.

END_OF_DOCUMENT_TOKEN_TO_BE_REPLACED

If you raft on over to Tom Sawyer Island in Magic Kingdom between now and January 5th, you’ll find that Aunt Polly’s is serving up eats on the Island!

Open from 11:00 AM – 3:00 PM during this busy holiday season, you can rustle up some grub from the limited time menu. END_OF_DOCUMENT_TOKEN_TO_BE_REPLACED

If you’ve been wondering if the Abominable Snowman’s snow cones from Monsters, Inc., are really lemon (or not!), wait no longer! Because the now Adorable Snowman has opened his counter service windows on Pixar Pier in Disney California Adventure Park! (HUGE thanks to @StephRPowers for these awesome photos!) Adorable Snowman Frosted Treats is one of the first of many highly anticipated openings to happen on the reimagined pier, and we’re excited to bring you the menu and a peek at one of the most amazing items on it!

END_OF_DOCUMENT_TOKEN_TO_BE_REPLACED

Since Pixar Fest began at Disneyland Resort last week, we’ve been bringing you tons of eats (and a few drinks) from this super fun festival. We’ve shown you how to color-change noodles, dug into a double-berry funnel cake, and shared our favorite Cocoa Churro. But there’s more to Pixar Fest than themed grub — like themed souvenirs! And one of our favorites is Woody’s Boot — complete with ANDY written on the bottom!

END_OF_DOCUMENT_TOKEN_TO_BE_REPLACED

Learn About:
Fife and Drum Tavern We are back with another fun installment of Disney Food Pics of the Week, courtesy of the Disney Food Blog Photo Extravaganza, our Flickr group!

You may not know it, but Disney is offering some really great beer these days! From more interesting seasonal options, to craft beers you know and love, there’s a ton of variety happening where this adult beverage is concerned. Today, we’re showcasing some of the beeeea-utiful photos of Beer that our readers have captured around Disney! END_OF_DOCUMENT_TOKEN_TO_BE_REPLACED

Summer’s coming! And we know that you’ll be looking to stay cool at Disney. And I can’t think of a much better way than by enjoying some terrific soft serve treats!

And when it comes to soft serve at Disney, you certainly have options! From Dole Whip to Root Beer Floats made with the creamy stuff, there’s no end to the variety you’ll find. So we weren’t too surprised when we checked out pics that our members have posted on Disney Food Blog Photo Extravaganza, our Flickr group. We came away with all sorts of soft serve inspiration!

If you haven’t had a chance to check it out, head over there! But before you do, let’s take a look at some of the goodies we found while we were surfin’.

What makes a Soft Serve Ice Cream Cone even more delish? How about enjoying it with an awesome background, like Paradise Pier! I can almost feel that beautiful California sunshine coming through the pic, can’t you?? We love that Pineapple Soft Serve has become a mainstay at the Epcot Flower and Garden Festival. We expect to see the popular treat back again at the 2015 Epcot Food and Wine Festival as well!

This great pic features treats from Pineapple Promenade at this year’s Flower and Garden Festival. It really captures the contrast between the soft serve and the Sammy’s Beach Bar Red Head Macadamia Nut Flavored Rum! This pic is entitled “Sunshine in a Cup”, and we couldn’t agree more! The Citrus Swirl at Sunshine Tree Terrace is this photographer’s END_OF_DOCUMENT_TOKEN_TO_BE_REPLACED Rich details surround you, and actually, the feeling is pretty END_OF_DOCUMENT_TOKEN_TO_BE_REPLACED