A few days ago, Disneyland started recalling its Cast Members. In the days since then, the reopening of Disneyland Park, Disney California Adventure Park, and the Disneyland hotels have been postponed. 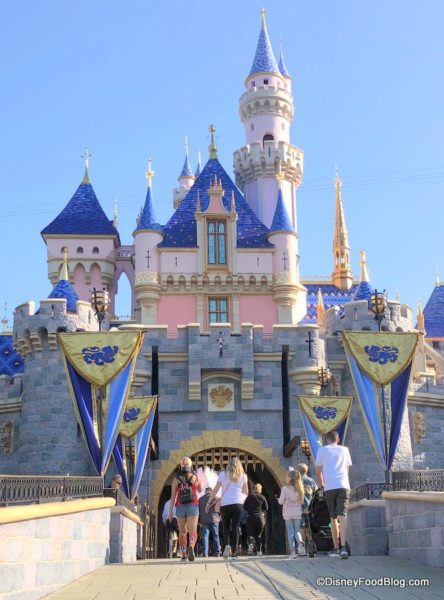 But many workers who have been furloughed since mid-April are concerned about returning to parks while cases in California are on the rise.

END_OF_DOCUMENT_TOKEN_TO_BE_REPLACED

Abigail Disney, the granddaughter of the late Roy Disney, has been critical of The Walt Disney Company, even before the events surrounding our current situation began unfolding.

And while she’s already been openly expressing her opinions in regards to some of the tough decisions Disney has been forced to make, she posted a long thread of criticism on Twitter yesterday which has a LOT of people talking.

END_OF_DOCUMENT_TOKEN_TO_BE_REPLACED

The Disney parks are currently closed until further notice and these closures have had major financial implications for the Walt Disney Company and its employees.

Recently, Disney Parks moved to furlough all non-essential employees for an indeterminate amount of time. Now, we have a much clearer picture of just how much the Walt Disney Company will save each month now that employee pay is suspended.

END_OF_DOCUMENT_TOKEN_TO_BE_REPLACED

Happy weekend, friends! We’re coming at you with another DFB Video packed full of the latest Disney news!

Even though the parks are closed, there is still plenty to catch up on in the world of Disney — and we have it all here!

END_OF_DOCUMENT_TOKEN_TO_BE_REPLACED

Things have been a little up in the air about what Cast Members jobs will look like until Disney World reopens (since the parks are closed “until further notice” currently).

Although Disney has already stated they will be furloughing non-essential salaried and hourly non-union employees beginning April 19th, they have also started to extend this agreement to many of the unionized workers at Disney World too.

END_OF_DOCUMENT_TOKEN_TO_BE_REPLACED

As Disney Parks around the world are closed “until further notice,” other areas of the Walt Disney Company are also, of course, being impacted in light of the current global situation.

While non-essential cast members in both Disney World and Disneyland have previously received notification of furloughs, today brings the news that employees “whose jobs aren’t necessary at this time” have now received official furlough notices at Walt Disney Studios as well. END_OF_DOCUMENT_TOKEN_TO_BE_REPLACED

With the current indefinite closure of the Disney parks, the company is moving to furlough nonessential employees. For non-union employees, this furlough was announced several days ago to begin on April 19th.

Since then, the company has been working with a variety of unions — such as the American Federation of Musicians Local 389 and the International Brotherhood of Electrical Workers Local 2088 — to come to agreements about their members. Now, Disneyland has settled on a furlough agreement with the Independent Employee Service Association representing some security employees.

END_OF_DOCUMENT_TOKEN_TO_BE_REPLACED

With the Disney Parks being closed “until further notice,” things are pretty up in the air about when Cast Members may return to their jobs.

We recently saw that Disney plans to furlough non-essential salaried and hourly non-union employees beginning April 19th, but this statement did not include plans for union workers. Disney has now started coming to agreements with unions regarding what will happen to workers’ jobs during the closures.