When it comes to food, we’ve had quite an exciting month. 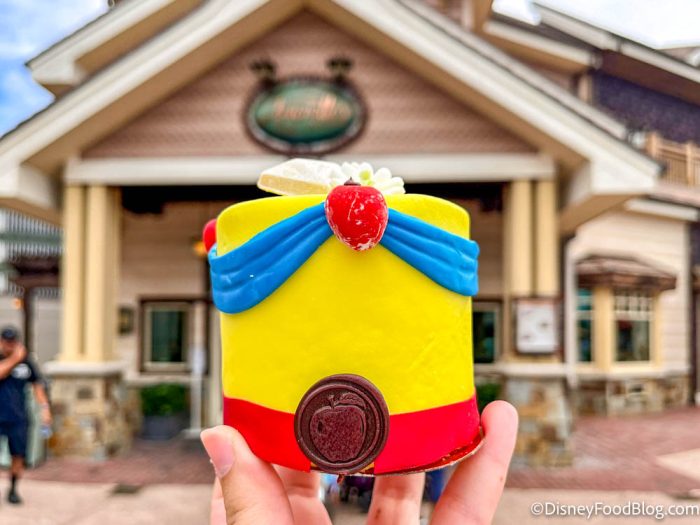 Not only have we been able to start trying all the Halloween treats in Disney World, but we also got to attend Mickey’s Not-So-Scary Halloween Party. PLUS, we also got try out some princess-themed treats for World Princess week. ALL the food. However, August also brought some changes to Disney World restaurant menus.

END_OF_DOCUMENT_TOKEN_TO_BE_REPLACED

We’ve had a BUSY week in Disney World! 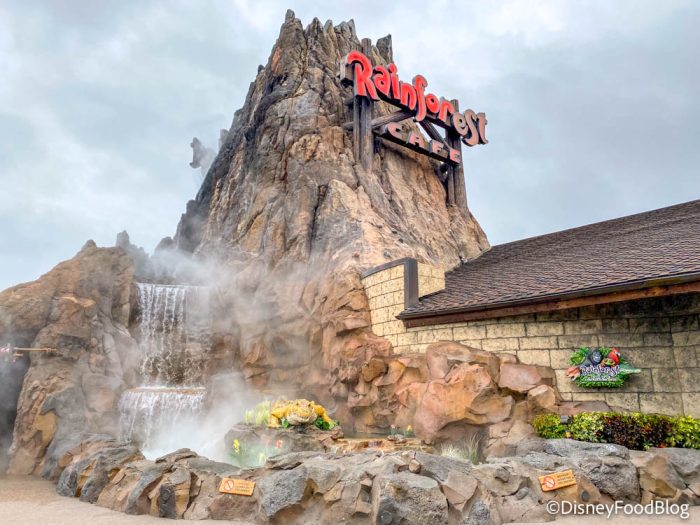 That’s because Halloween season has officially arrived and we’ve been to the first Mickey’s Not-So-Scary Halloween Party. We’re now eating SO MANY Halloween treats and drinking spooky drinks. But we’re still keeping an eye on Disney World restaurant menus, too, so let’s see what’s been updated this week!

END_OF_DOCUMENT_TOKEN_TO_BE_REPLACED 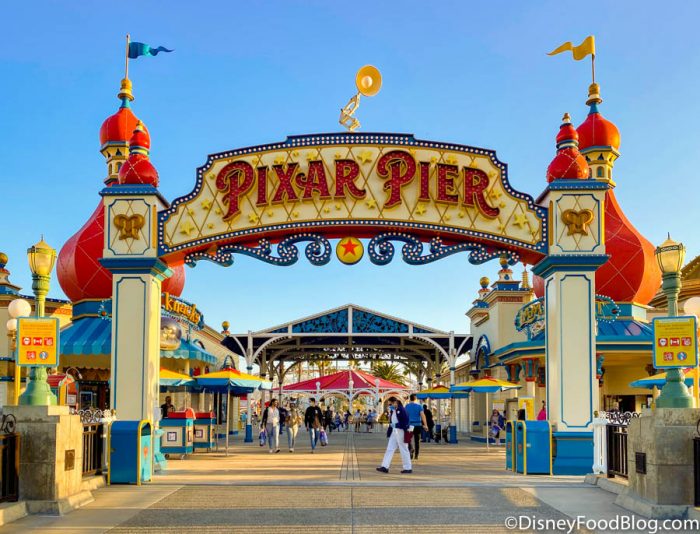 END_OF_DOCUMENT_TOKEN_TO_BE_REPLACED

Lamplight Lounge has FINALLY reopened at Disney California Adventure (after a year of being shut down) as a part of the “A Touch of Disney” ticketed event!

Lamplight Lounge has a prime location on the water at Pixar Pier , and their menu mixes highly themed drinks with iconic DCA dishes. Plus, they have a (not-so-secret) secret menu! We previously shared a first look at our experience, and now we’re here to give you all of the details! Let’s cross into the world of Pixar and dive right in!

END_OF_DOCUMENT_TOKEN_TO_BE_REPLACED

Big news, everybody! We now know MORE about the return of our beloved Disney World restaurants! 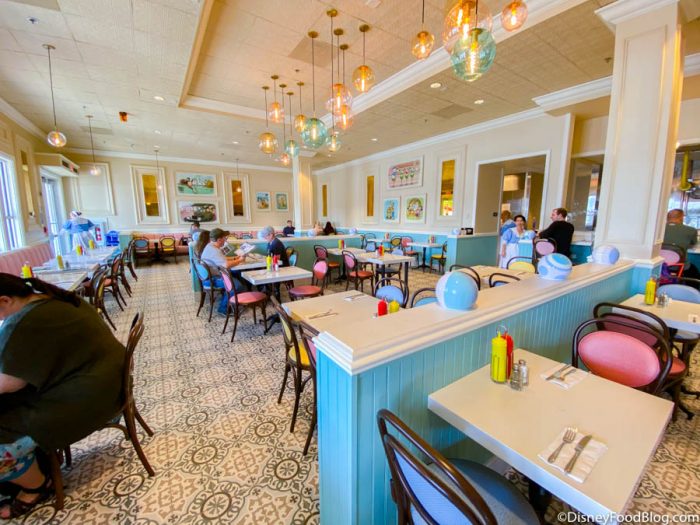 Disney World theme parks are set to begin a phased reopening on July 11th, but at the end of this month, signs of guest life will begin returning to Disney World. Disney Vacation Club Resorts and Fort Wilderness Resort & Campground will reopen on June 22nd. Now, Disney has released the list of ALL of the RESTAURANTS that will be opening that day!

END_OF_DOCUMENT_TOKEN_TO_BE_REPLACED

The newly reopened Blue Sky Cellar in Disney California Adventure is giving us glimpses into the future of Pixar Pier.

The Cellar features concept art, sketches, models, and even videos of the upcoming land, which opens on June 23rd, and includes some new concept art of Lamplight Lounge! As Heather Sievers (@diningindisney) was busy noshing on all the eats at Pixar Fest, she stopped by Blue Sky Cellar and shared photos of the concept art with us.

This new lounge will replace the Cove Bar. The story behind the space is that it’s renovated from an old warehouse factory, with the wooden floor made from refinished wood boards from the factory (you’ll spot them on the ceiling, too).

END_OF_DOCUMENT_TOKEN_TO_BE_REPLACED

When DCA’s Cove Bar closed on January 8 as part of Paradise Pier’s transition to Pixar Pier, fans of the bar’s innovative (and beautiful) drinks (including the fun secret menu!) lamented the loss of this popular spot. What would become of their technicolor concoctions?

Well, now we know that at least one of Cove Bar’s fan favorites has found a new home! The Fun Wheel is now available at Alfresco Tasting Terrace!
END_OF_DOCUMENT_TOKEN_TO_BE_REPLACED Several Pixar stories will be represented in the fourth neighborhood, which will bring a new look to Mickey’s Fun Wheel (each gondola will feature a different Pixar character). The Games of the Boardwalk will likewise be re-themed with Pixar characters. January 8th is again the closing date for Mickey’s Fun Wheel, Games of the Boardwalk, and Sideshow Shirts so the spots can begin their transformation. END_OF_DOCUMENT_TOKEN_TO_BE_REPLACED